Madeireira Rio Claro was founded in 1969 by Mr. Julio Wronski Sobrinho in Rio Claro do Sul, a district belonging to the city of Mallet, in the state of Paraná, Brazil. Initially settled as a small sawmill powered by steam traction engines, In 1978 it also started producing native wood veneers. The production of plywood was established in 1985 when the company set up a new plant, holding its operations In Rio Azul, a city located in the south of Paraná state. At that time the company operated with 41 employees in tis staff. Since its foundation up to 1998, the production aimed only the domestic market.
In Search of new horizons, The Rio Claro Company renewed its strategies to join the exportation market, firstly supplying the products to England. The development and increase in the production processes led the company to, currently, export over 90% of all production to countries in Europe, USA, Asia, Africa, Middle East, Central America and Mercosur. We also supply the domestic market with products designed to areas like Construction, Furniture Industry, Naval Industry, Road Equipment and Stages for Events. 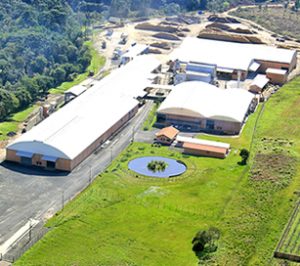 The pine tree logs use our plywood production come from pine trees farms planted in areas that allow us to comply with the current environmental legislation. Part our production has been under FSC® (Forest Stewardship Council®) Certification in the Chain of Custody form. This seal attest that the raw materials used by the company have been supplied by legally responsible sources.
Madeireira Rio Claro manufactures its products in accordance to national and international quality standards, accredited by European and American Certifications. The focus of the company relies on continuous investment in machinery and equipment, improvement of its products and processes, as well as the development of its personnel in order to optimize its production capacity, seeking excellence in quality, through self responsible growth of their direct and indirect employees and the society.